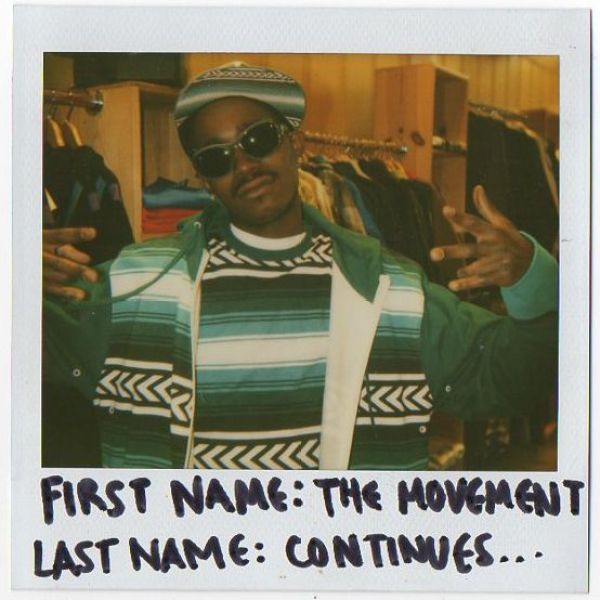 (dont worry about my government)

Damn,…ok, y’all getting personal now,…Now heres the heads up….My homie Marcie gave y’all that sentimental love ish……I’m a little different (s/o MARS)…but peep game. B4 True…i was working at borders bookstore (rip not really) then jamba juice and would spend all my hard earned smoothie money at @tTRUE to get fresh in my helly hanson/triple 5 soul/wu-tang wallys/mecca/enyce/wu wear ETC ETC…(DONT YOU DARE LAUGH LOL!!! that was the shit back in those days…..dont lie to yourself) to look dipped for these high school girls and shit. I would come by once a month and drop my resume at TRUE cause fuck jamba juice ya dig, but i guess that shit paid off cause my aces Spanks (Diamond supply co), Joey (Diamond supply Co) and Eric Ross (Milk Bar/Red Five) Josh (10deep) Jerneye (Lunar Haights) AJ (Dj Supreme) had my back LOL. (TRUE ALUMNI).
Well, you nosey people……l’m currently writing a screenplay, bartending/catering, and working on an album called “S.I.N.S” (sorry im not sorry) but after #TRUE I’ve worked for Apple, Tiffany & Co, Google, Nike, Adidas….believe me…….I’ve seen it……next question bitches.

This actually bleeds into the last question….i have hella fond memories of the most amazing people I’ve ever worked with in life….MARCIE, MIKE B, SPANKS, JOSH, AJ, HERNEYE, ROMEO, ADBUL, MITCH, GEE, CHAPIN, HIRO, CARL, LIL JEREMY, TODD, LEVI, JENELLE, JEN, PAMELA, GRACE ;-), MO, CAM, RITA, EVEL, ROMMEL, CARLOS, BRANDON, JEN (sorry if i left out anybody mah bad). But this is probably the longest running real streetwear store in San Francisco!! Pay homage young niggaz…….NEHOW….my BEST DAY was probably getting a call from @joshing_uno (Josh, who told me i got the job and i started that next week in 2005.) Little did he know tho…..for the next 4 plus years (i would make him become vegan, lose hair, and grow a shaggy beard to replace it lol jk). We would become best friends and I would rapid fire push his bottons like DAIGO or MIKE ROSS at a street fighter 4 EVO tournment LOL (seriously it was hilarious). OKOK,….I mean this is b4 the fire, (sidenote: my Dad, who is SFFD PUT THAT FIRE OUT AND CALLED ME THE NEXT MORNING, but lets keep it pushing) this is 4 stores deep shit (S/O TO WALNUT CREEK), running around Haight St like we didnt know anything else. (BTW i miss the all u females who worked around the hood #muah #rushystilllovesyou…i see you ;-). NOW THIS NEXT ONE IS GOING DOWN IN THE RECORD BOOKS….SO,…Mike Brown walks in roasting everybody like he always does….(hold on chick just texted and im tryin to see what up at 318am.) Ok ok…..pushing Cam’ron on pause…gotta dip (to be continued)…….

Okok dead serious, just got back the next day

lets continue,..i feel like black deadpool and shit cause im talking to yall breaking the 4th wall like I know u LMFAO (whatever)..NEHOW….So, Mike B leaves his glasses and fisherman hat in the mens store on the back counter, and im thinking? Yo, why did bossman do that? and i got the bright idea to put on his shit and parade around the store talking EPIC EPIC EPIC AMOUNTS OF SHIT TO EVERYBODY AS MIKE BROWN! TALKING THE MOST SHIT I COULD MUSTER UP TO EVERYBODY IN MY PATH AS THIS MAN (Believe me, it was hilarious)…..My manager Romeo almost shit a brick laughing and goes “brah, youre about to get fired!” Josh damn near lost his eyeballs….i mean, come on….Mike B (the ROAST KING) walks in and sees me killing it and goes “WOW really?!?!?!?,”…..speechless and walks out with the biggest laughing smile I’ve EVER seen……(BTW, Mike is one of the most intelligent, thoughtful, hilarious people I’ve ever met so for me to even impersonate him for 10min was an honor.)…..next question.
wait,…….side note!! that “KINDA A BIG DEAL” T-SHIRT yep, im that dude who started that so thats up there lol!!

LOL, well, it had to of been when i found out Adbul was the goddamn prince of the Philippines and didnt tell me that he had the fliest Audi TT but chose to live like us peasant folk…i was the last 2 find out (true rushy story’s.) LOL jkjk love you fambam……Naw,…keep it 100…..One day b4 work i found out that this weak ass ex cheated to me but still showed up to work even tho my heart was shattered to pieces and could of called in sick cause that how i felt but MY TRUE FAM had my back and gave me the strength i needed to make it through that day #squad.

Scond runner up:….some fucc nigga who I had beef with came in and tried to get brolic….He came in while I was behind the counter and flipped my hat on the floor and wanted to catch a fade….BUT instead of beating the brakes off the “gentleman” right there my #TRUEHOMIES held me down. (caught up to em later tho LOL shhhhhhh)
next question…. 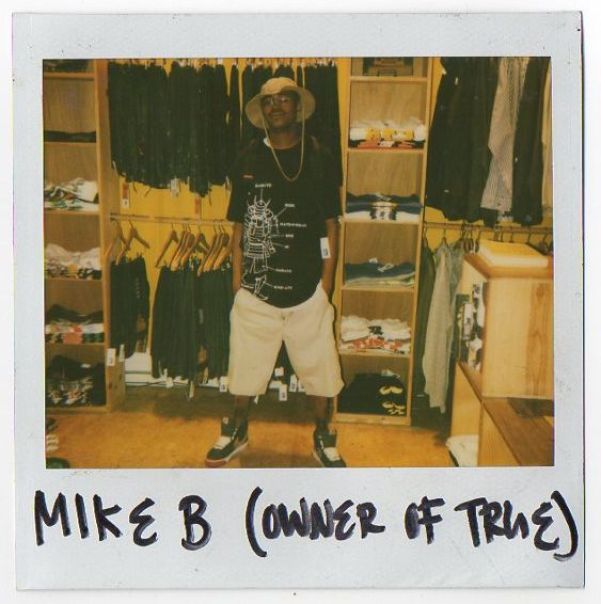 OHHHHHH SHIIIIIIIITTTTTT, y’all wanna see a dead body?!?! jkjkjkjkjk….nah, keepin it 100 ladies and gents….We’ve all met countless celebs coming in and we never geek out….there normal people just like you and I but, my favorite story at tha shop was Dave Chappelle pt2!!!!! peep game….. SOOOOOOOO, Dave comes in and hes super cool, we say what up and let him go about his bizness. He chills for a min than goes to Stussy (S/O TO THE STUSSYSF FAMILY. #RIP) NOW the running joke was I kinda look like Dave sooooooooo Romeo is like “Hey, just go up to him and ask if you look alike?” (Fucking Romeo) so I go in stussy and tap dave on the shoulder with that question…..he goes “NAHHHHHHHHHH” in that Chappelle voice……i take off my glasses and hat AND right as hes suppose to go “NAHHHH” again,….his assistant goes,…..*pssssst* “HE DOES KINDA LOOK LIKE YOU.” NOW WERE ALL IN TEARS…….he goes:

DAVE CHAPPELLE: “(IN RICK JAMES VOICE) I LOST 50 MILLION DOLLARS!!!, NIGGA IM BROKE!!! I NEED A STUNT DOUBLE, TELL MIKE B I NEED A JOB.”
ME: SURE FAM!! LOL will do……
DAVE CHAPPELLE: COME BY THE SHOW TONIGHT!! (to his assistant) take his info
ME: THANKS DAVE!!! (awe struck like, that really just happened) BTW S/O TO MOS DEF!!! he saw the whole thing LOL.

LOOOOOOOOOOOONGGGGGGG story short…..went to the show @punchlinesf and its ranking up there with one of the best storys of my life. That night i went with one of my best friends Alex Valdmin who owned @Homeroom and we sat next to Gwen Stefani, Kent (owner of FTC), his buddy from Columbia records and Mos Def in the best seats in the house.
nigga next question….

come on,……..lets keep it 100, you better have thick skin…..ahhhhh the golden days…well, you missed it…..but hey, TRUE is the BEST retail mom and pop, best shit talking fraternity/sorority, with balls of steel that will always back that shit up! True has been an est for 20 years now…bow down and recognize greatness cause at the end of the day…..i see some of yall out here…..my niggas rize and shine…..yall niggas rize and FLOP. Damn, cant belive it been 20 years of nothing special….were the best of the worst!
next question……

Really? really? really? These people have been my brothers and sisters for over a decade….they morally made me who I am. Hey youngsta, listen more and talk less unless you gotta million dollar mouthpiece like RushDiddy (but chances are you dont sadly).. But honestly tho times have changed. We saw the beginning of this culture and have had our foots on its neck for probably longer than youve been alive. Alot of us went on to find success and happiness in bigger markets because were always still learning/growing and literally we always stayed TRUE to our goals and motivations. Thats what this place teaches you. You have to start somewhere and this is a great place to start if you think you’re bout dat life LOL. . Regardless, whatever you’re gonna be, just be the fucking best at it and you’re gonna attract the best….I never had older brothers or sisters but I got over 15 of em now thanks to this place. Welcome if your ready. Choose wisely Doctor Jones (short round Romeo Aberto would agree LOL) *MIC DROPPED* OUTTIE!!!!!

P.s…if you see Mike ask him about his shoe closet…..he’ll love that, also while Aj is working, come in and unfold hella T-shirts and see what happens…..Josh and Abdul aren’t around anymore, but i could gave you a million ways to fuck with those 2…have fun…peace ya’ll

on ig or FB under Rush Stark…..get woke!

HAPPY 20 YEAR to my extended family!!!