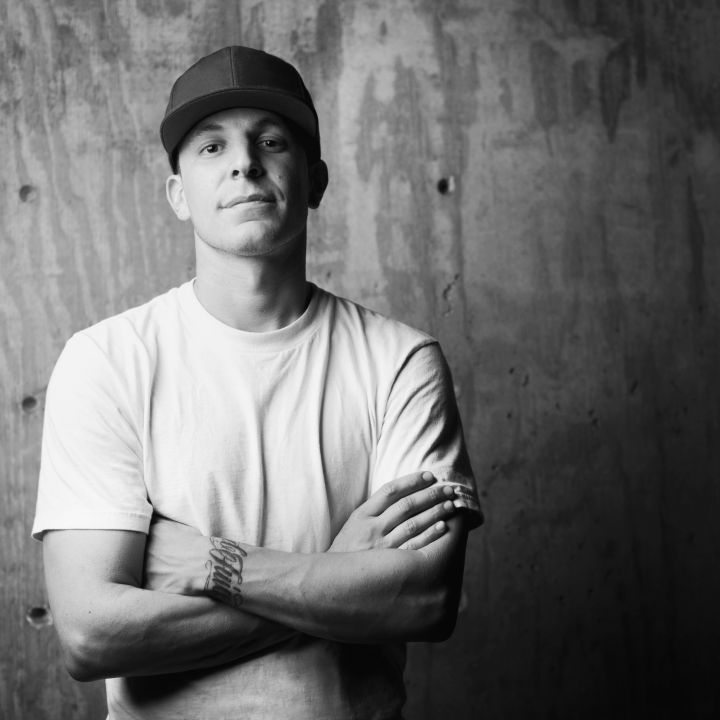 “When I was initially approached to do a design for TRUE I want to use this opportunity to make a statement. A positive one at that. Like if this was my only chance I wanted to make it count. I wanted it to be a positive message that folks could relate to, so two ideas ended up playing a role in the conception of the design. At the time I was thinking a lot about how senseless gun violence was effecting the youth in San Francisco and thinking about how there are better ways to deal with things than to react with violence. Also, I wanted to speak directly to the older generation as a statement to educate the younger generation about knowing their history, and lastly, I also wanted to touch on the fact that since 2013, schools in at least 41 states in the US have stopped teaching children how to write in cursive. It’s a sad reality in a now predominately digital word that a whole generation isn’t being taught how to write in script. A lot of the hand lettering design I do now I directly link to when I learned how to write cursive in 3rd grade. It’s just mind boggling… So to bring it all together I wrote ” Teach the youth” in cursive to strike a chord that we should still be teaching our future generations a different and beautiful style of writing.” 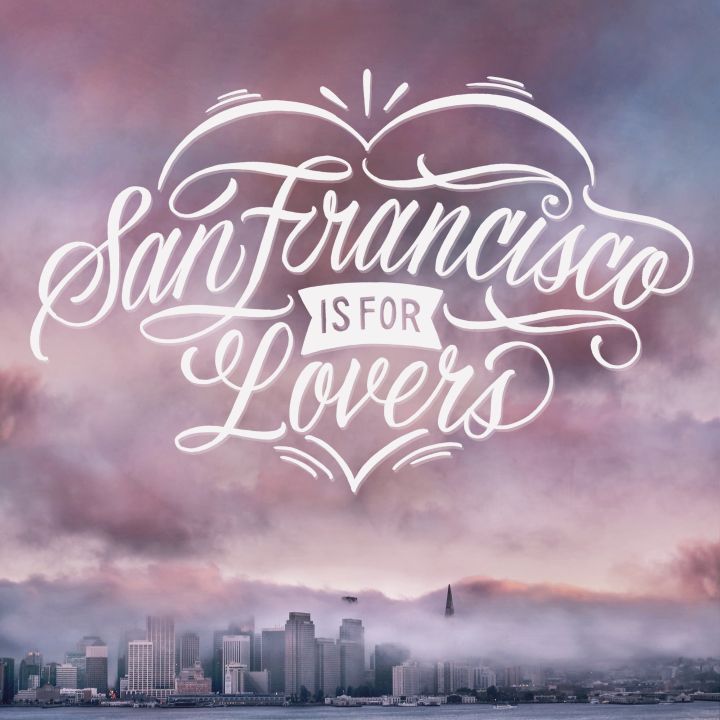 1. Born and raised San Franciscan? Talk about your roots a bit.

I grew up in the Excelsior District of SF, right at Paris St and Persia St. Growing up here, i’ve seen lots of things, lost a few family members and friends in these streets, but also have had many triumphs in this city. It’s home, it holds a lot of weight in my heart and i’ll forever bleed for this city till I’m done. I love being a native San Franciscan.

“My initial inspiration for the design was using the play on words “Lovers & Haters” as a reference to how life is filled with people who love you and hate you. Also, I was trying to give a feel to how I personally feel about TRUE. Like TRUE represents “Love” and they’re “Haighters” because their SF location is on Haight St. in the city. Then I added my signature script style to give it a little flavor.” 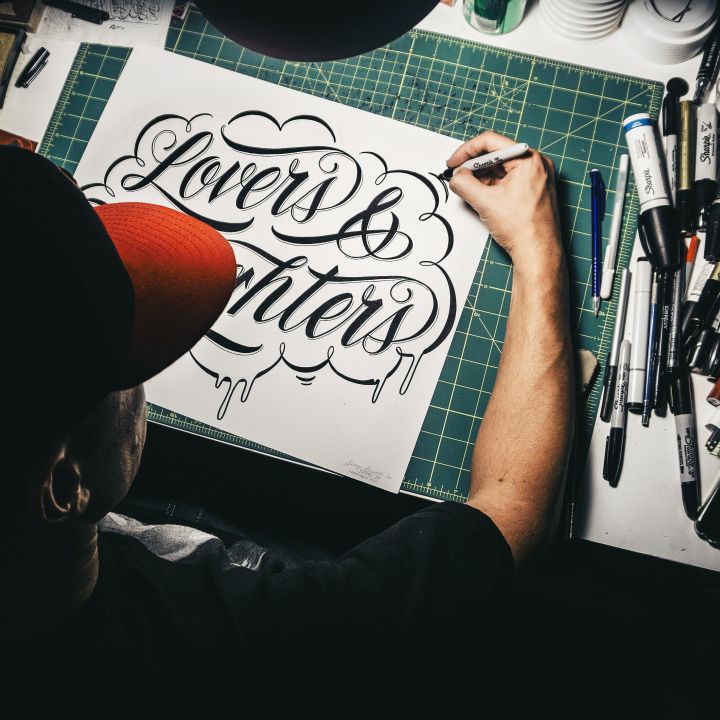 2. Name some musical influences throughout the years that played a role in your outlook on art and teaching the youth.

I’d say I first got exposed to Hip-Hop music when I was in Middle school. Usher, Juvenile and the HotBoys were really popular on the radio at the time, but I gravitated to more underground stuff like Aesop Rock, Living Legends, Slug, Mos Def, Binary Star, Jedi Mind Tricks, Tupac, Nas, Big L, Biggie, Gangstarr and so on. I fell in love with dope lyricists. I’ve been influenced by many genres of music such as Jazz, Latin, Classical, but dope Hip-Hop always struck a chord with me. Anything that was lyrically substantial and had a slappin’ beat I liked a lot. If there would be a dope line in a rap i’d rewind the track so I could memorize and understand what they were speaking about better. Once you understand what someone is talking about in the lyrics you can better relate to the topic they’re speaking on or be able to paint a better picture in your head to what they are rapping or singing about. I think as a youth growing up, I like these types of artists because they had something profound to say in their songs. I feel like the youth of today are getting dumbed down with the music that gets played on the radio constantly. There’s no substance, there’s no knowledge, there’s nothing that a young person can get from the music on the radio today because all it talks about is money, sex, and drugs. I’m glad I learned early. I think if people took more care of what they listened to instead of just being told, and liking what’s cool at the moment and being spoon fed whatever music is being played then they would have a better musical pallet to gain knowledge from. If you have an opportunity to expose a youth to amazing music don’t hesitate. We need our future generation to be better than we were, so teach the youth! Music influences me in my daily life constantly. I love listening to music while I create art because it influences and gives me more of a creative drive while I’m working.

“I feel like the youth of today are getting dumbed down with the music that gets played on the radio constantly.” 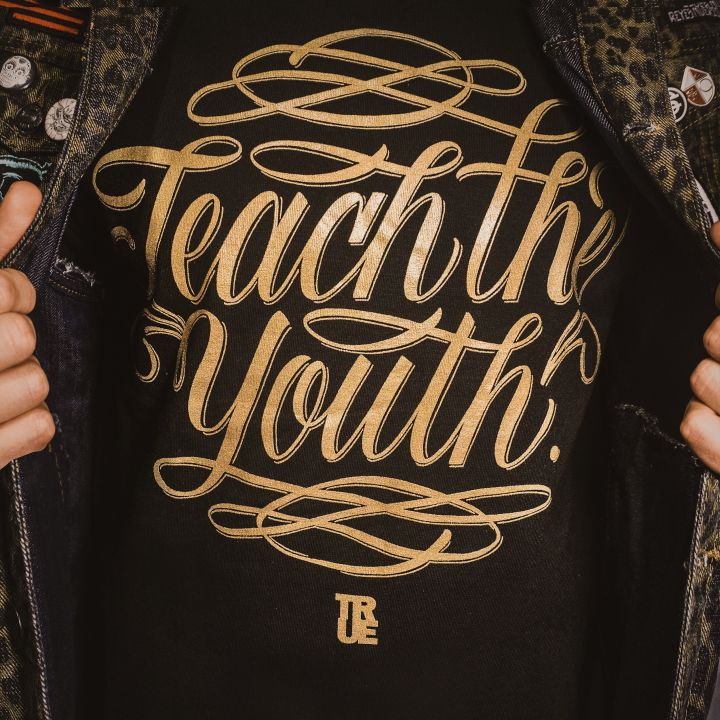 3. Shout outs to your fam and colleagues!

First and for most I wanted to shout out my mother for always supporting me in everything I’ve ever done. Without her, none of this would be possible. Next I wanted to shout out TRUE for giving a city kid like me a chance to showcase my talents on their clothes, it’s been a dream come true for me to be working with y’all and to be getting interviewed, this is just the beginning fam! Shout out all my family and friends in SF and beyond, y’all know who you are, without y’all I wouldn’t have the drive that I have to keep me going, thank you! Shout out to my loving girlfriend Belle, who’s unyielding support has given me so much and I love you today, and everyday for it. And lastly, I wanted to shout out my city, my home, San Francisco. Thank you. 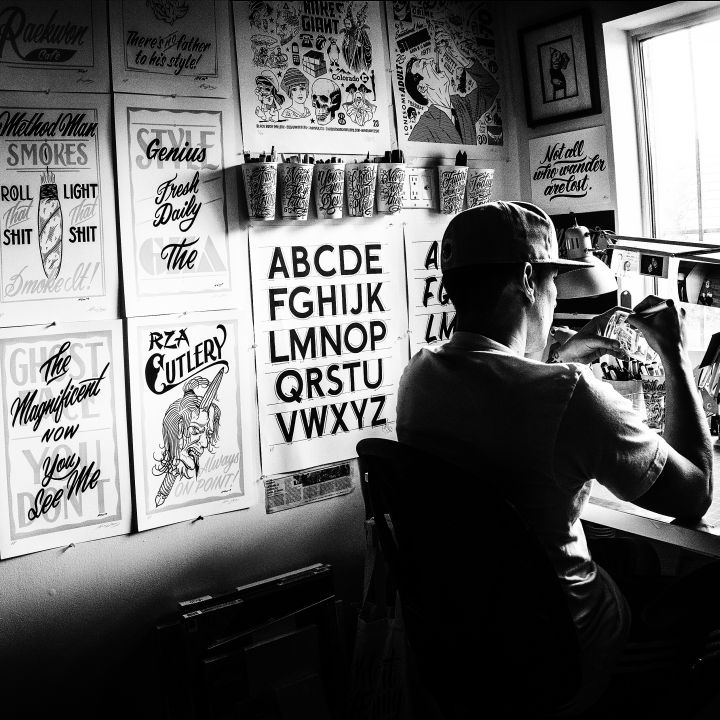