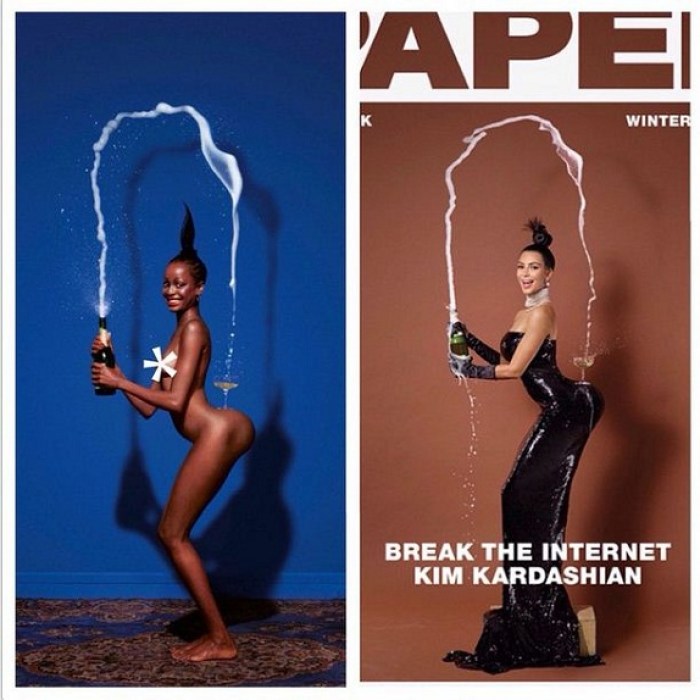 We know you’ve seen it, but we wanted to let y’all know that it’s been done before…

“We tapped legendary French photographer Jean-Paul Goude to recreate his iconic “Champagne Incident” shot (an image also known as Carolina Beaumont, New York for the name of the model and the location in which it was taken) and all we can say about the images inside, which we’ll be releasing this Thursday, is…holy fucking shit.”