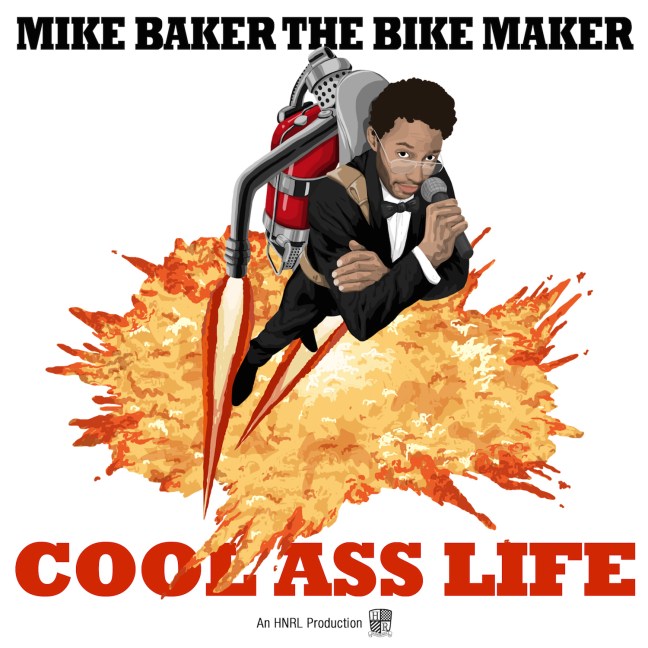 (art by Sofia Chang)
TRUE fam and HONOR ROLL honoree Mike Baker has a new album out (buy it here, now), and it’s figgidy fresh. I’d tell you a buncha stuff about him, but he did it himself, cuz I asked him the right questions, about himself. Anyway, you get the idea — read on…
—–
Congrats on the release of ‘Cool Ass Life’. Let’s talk a little about this release. Do you, Mike Baker, Thee Bike Maker, lead…a COOL ASS LIFE?
—–
The title of this album came from being in a dark place musically. Things weren’t really moving creatively, but I was enjoying life in other aspects. I came to the realization that all the fun and excitement I was having in the rest of my life, I should be injecting into my music. That’s when things started to take shape and manifest into the album you hear today. It took like 3 years, but better late than never.
So long story short, yeah, I lead a COOL ASS LIFE, indeed.
—–
Honor Roll baby. Speak on it. You know, the history n’ shit. For those that don’t know.
—–
The Honor Roll (or HNRL for short) is a collective of individual artists that come together to create amazing music in the form of a Voltron similar to early Wu-Tang, Death Row and Dungeon Family. The crew consists of Trackademicks, DJ Tap.10, Mack Whiz, 1-O.A.K., Josie Stingray, MoxMore, Spank Pops and myself. Between the 8 of us, there’s 6 MCs, 2 producers, 1 singer and 1 DJ.
In terms of our history. I’ve know MoxMore since kindergarten, and Trackademicks since the summer before high school. We all decided to rap once the three of us bonded when we were 14. Junior year of high school, we all enrolled in this non-profit program called Youth Radio, where we met Whiz and Tap. Then through Whiz or Youth Radio, 1-O.A.K., Josie Stingray and Spank Pops all got in the mix and we became family.
This is actually the HNRL’s 10 year anniversary of putting out music, so that’s why you have my new album, along with 1-O.A.K.’s new one and Spanks’ Spillions project with J-Billion. I think Track is releasing another big project this year. Plus there’s other projects we have hands in right now, from L-Deez’s Fool’s Gold Records EP, to this dope ass MC from Houston named Siddiq who’s dropping hella soon too.
Who’s on the album? Producers, make up artists, water boys and craft services, etc…
—–
The album is pretty evenly produced by Trackademicks, 1-O.A.K. and REL. I’ve always worked w/ my HNRL brothers on the production tip, but this was the first time working with REL, and he brought so much to this album, opening it up to make th sound broader and more vibey than it had been. We’d always been super cool since the Distortion2Static days, and even before that, but it was great working together.
On the features tip, 1-O.A.K. makes a couple appearances, and he and Josie Stingray make up the only HNRL cameos. Tanya Morgan, Spree Wilson, Rob Cave (fka Spec Boogie) and DJ Lindsey round out the features. All friends for hella long, it was great finally creating with them all.
—–
‘Espionage’ & ‘Easy For You’ are some of my favorite MB tracks from over the years. There some boom bappy hippity hoppy type shit this time around? Or do you actually want girls to listen to this album?
—–
Yeah the goal to me has always been to adapt that classic early-mid 90’s boom bap Hip-Hop sound, but I always feel like the people trying to do that these days are always shoehorning it, so it stays back in the past sonically.
It’s about adapting all my tastes and making shit that still resonates today, and makes people know they’re hearing new slap, but that still feels familiar in its Hip-Hop essence.
But don’t get me wrong. in proper Mike Baker fashion, there’s some pannie droppers on this album and they SLAP!
Where you from fool? Where’d you go to high school? What t-shirt did you wear all the time that you didn’t throw away until you left home? Sneakers, hair style, your favorite dance?
—–
I’m from Alameda, CA. I went to Alameda High School with Trackademicks and MoxMore where we did our best to make a name for ourselves as a rap group called Diverse Roots (pre-HNRL.)
Funny you should ask about tshirts. In high school, I had this Georgetown Hoyas tee that just had a “G” on it, and everytime we’d record our freestyle sessions, I’d always end up mentioning my “G-shirt” in my raps. It’s was just a thing, and I have no idea why.
I’ve always been an Air Max dude. 1’s, 90’s, and 97’s are my faves.
I was a Running Man type dude, with a little Roger Rabbit thrown in for good measure.
—–

How do you feel about the current state of the Bay Area/Northern California/West Coast music industry (I know you’re in NY – curious about an outsiders perspective, and someone who moved away to a supposed bigger and better market)? Excited, inspired, sleep deprived, constipated?

I’m always inspired by the Bay Area music scene, cuz we’ve always been the most cutting edge with what we got. So many other areas take our slang and our sounds and co-opt them for the larger audiences of their regions.
Track and 1-O.A.K. stay building with the up and coming artists as well as the established ones like HBK. It’s beautiful.
Also, Hiero for having their annual festival and bringing something to the table the Bay has needed for a while – a proper ass Hip-Hop festival. It’s beautiful. And it was an honor to perform at the 1st one w/ my HNRL fam. 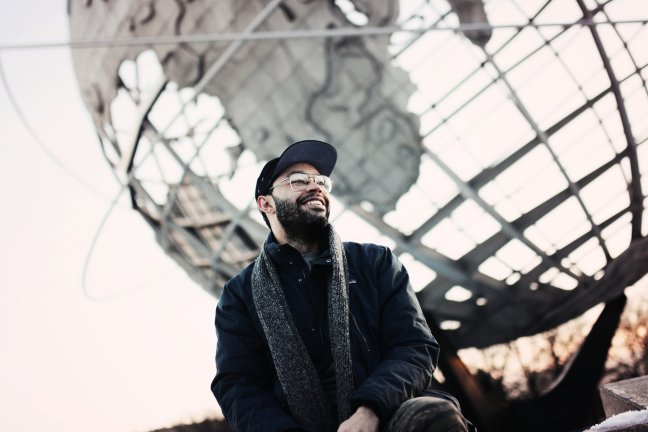 (photo by Shu Daniels)
—–
What’s your favorite pizza joint in Queens?
—–
I live in Queens, but don’t have a favorite pizza spot there. My fave in NY is this spot called DiFara in Brooklyn where this dude has been making the pizzas by himself for the past 50 years. That’s my shit. Otherwise, I’d rather just be in the Town at Zachary’s messing up a spinach and mushroom deep dish w/ sausage. Now THAT’s my shit!
—–
Talk about yourself, where you can be found online, what it’s like being rad, and any upcoming shows/tours your fans, new and old, should be aware of.
—–
I’m Mike Baker the Bike Maker. I’ve been rapping since ’95, but putting out music since ’07/’08. I live a COOL ASS LIFE, and enjoy the real finer things in life like family, friends, laughing and making women feel good about themselves.
I can be found at the following places online:
mikebakerthebikemaker.com
twitter.com/bikemaker
soundcloud.com/bikemaker
instagram.com/bikemaker
It’s really awesome being rad. Everybody should be rad at least once in their lives. Once they understand how it feels, they won’t be boosie ever again.
Shows will be happening, and they’ll be showing up on my site and soundcloud as they’re announced.
HEY Y’ALL, COP THAT MIKE BAKER THE BIKE MAKER – COOL ASS LIFE LP! It proper ass summer music and will motivate you to be a better you, once you understand your potential. Plus it SLAPS!
Thanks for the opportunity to talk with y’all. It’s always great being amongst family.
Peace, PEACE! 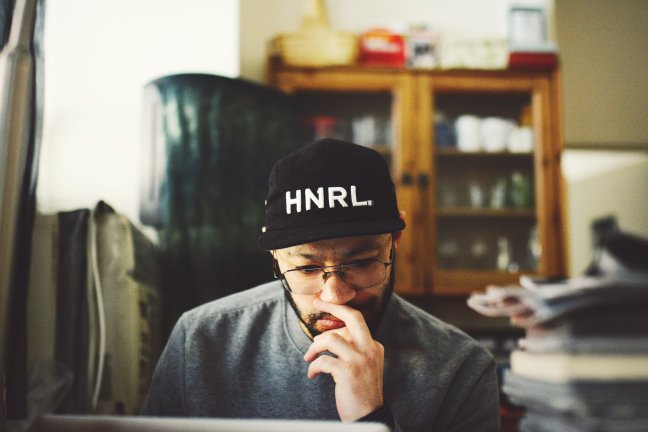